Never judge a book by it’s cover is what they say and there are always two sides to a story, right? Or is it that it only begins with two sides ? 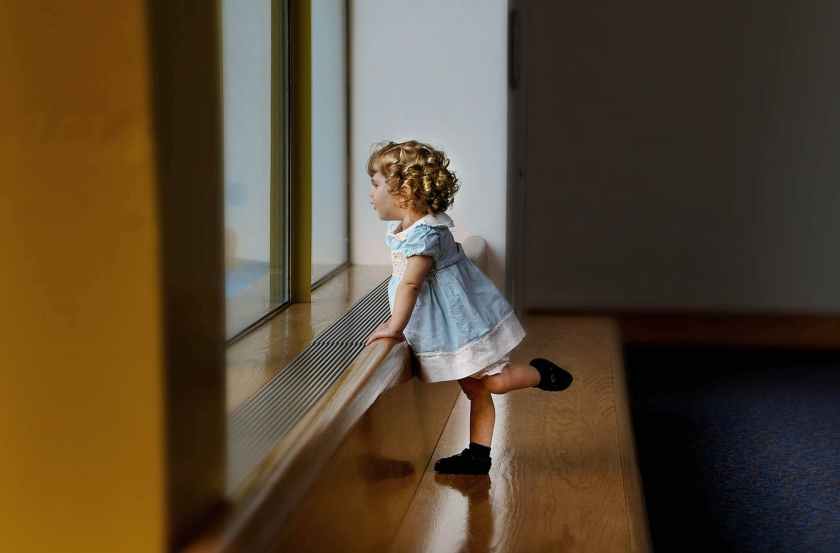 ‘You don’t look old enough’ is generally what people say when I tell them I have 4 grand children.  People are kind or say what they think you would like to hear.  We do it all the time, it just trips off the tongue, usually to make the receiver feel good, flattered and the giver feel appreciated, liked.  Sometimes, its just true!

I am certainly not too young to be a grandmother, being a 53 year old, but I do try to keep myself looking as well as possible.  I was married at 23 and had my first child at 24.  That was considerably old, if you compare it to when my own mother got married or indeed my grand mother.  In their day, 18 was a general ‘good age’ to be married by,  and have a baby within the first year.

These days lots of women are having careers before marriage and babies and lots are having babies from age 18, but without the marriage part.  My eldest was almost 19 having her first, not far off my mother’s age, when she had her first.  My mother was married, my daughter was not.  My daughter since married her childhood sweetheart and went on to have two further children with him and they are happy……. most of the time.

Can we be happy all of the time?  I think not.  I am married to my second husband for  23 years, love him dearly but at times could  quite happily commit murder.  We have, however, endured our ups and downs, swam rivers, climbed mountains and gotten over every bump in the road to arrive at a happy place together having raised our children.

Why couldn’t I have ‘endured’  my first marriage too? Met him aged 21, married him at 23, baby at 24, separated at 26.  We didn’t even get to a 7  year itch stage.  We had a grand total of 5 years, and did it all the right way round…. Met, bought house, got married, had baby and it all went wrong and no, no one else was involved, we just grew apart.  There was no real good cop bad cop, it just wasn’t ‘right’ and I guess I knew it never would be, so it was best all round, to walk away.

He will have his side, I will have my side, but then my daughter will have her side.  There can not be just two sides, can there?   What we do, as adults, will of course impact on the child, right?  It has to, it can’t but not impact, one way or another.  It will however, be up to the adults on whether that will be a good or bad impact, or a somewhere in between.

With all the best intentions in the world, there were times it was difficult.  Some of the times it was amicable, others, it was a battle of the wills.  I tried to never let it get in the way of her relationship with her father, no matter what I thought about him.  I always encouraged her to have a good relationship with him.     He loved her, as I did,  and she loved him and she loved me.  She was entitled to that.  I reasoned I wished her to grow up with two happy parents living apart, rather than two miserable parents living together.

The worst thing I could ever have said to him was that I was taking her away, to live, in another country.  I knew it would cut him in pieces as it would me if the shoe was on the other foot.    I cried at the thoughts of telling him, knowing how he would feel.  When I actually told him, I cried even more, after he had left my house.  She was 7 years old.  She wanted to ‘move’.  Did she know her mind well enough to know this, you might ask.  I asked myself the same question over and over again.

Of course, he took me to Court to try to stop it, as I knew he would and of course I couldn’t blame him. I would  have done the same if it were the other way round.    The funny thing about that was when I first ‘thought’ about moving to Ireland, I didn’t actually think I would, but because it was a thought,  I felt he ought to know.

Things of course turned fairly nasty, he was understandably upset, hurt and bitter.  I knew and understood that, but that all had an impact on our child and for the first time we found ourselves needing the courts to  ‘intervene’ .  I wanted to have the ‘choice’ to go back to my family in Ireland if I so chose in the future, even if it meant taking my child away from her father, as she too had expressed a wish live in Ireland.

She was 8 and a half when we moved and right up to the day of moving I asked her if she wanted to stay in the UK, so she could see her dad, as always,  I would unpack all the boxes and we would stay.   She said she loved him but wanted to move.

She is 29 now and though it was a very difficult time for her father, and of course I did feel a certain amount of guilt, I knew ultimately,  it was the right thing to do for us as a family.  What further made my mind up to actually move, was the amount of conflict between us that was generated from my first telling him of the ‘thought’ to go to finally being granted consent to go.    I was not trying to stop their relationship, indeed I still encouraged it and did so from the time we came,  in that she saw her father for half of all the holidays, and he could come see her whenever he wished,and ring her whenever he wished, which he did on a daily basis.

The distance between us turned out to be a good thing because the impact on our child was a positive one, in that she did not have to be caught between any crossfire.  She has loved living in Ireland and has had a nice life here.  She has continued to love her father and has never regretted moving here.    We will never know how things would have been had we stayed in the UK, but for our family, this had a positive impact.

The thing is with separation and family break down, even with the best will in the world, it is a very difficult road to navigate and know if you  are doing the right thing.  A child, however, must always be at the center of the situation.  If one or both of the  parents cannot reasonably  agree then of course, the courts will have to decide and in the meantime be very mindful of any impact and upset you are putting on the child in the middle of it all.

Hi, I am a 50 something stay at home mother, grandmother and daughter of elderly (ish) parents. I do however, volunteer twice a week in a charity shop, mind grand children on occasion and of course do any other running around required by extended family. Prior to being a stay at home mum, I have worked at many different jobs, changed career a few times and gathered lots of stories along the way, which I hope you will enjoy as we begin our new relationship. I hope I will be able to entertain, engage and enlighten you, if only a small bit. Life is short, so lets have some fun. Looking forward to getting up and running (metaphorically speaking of course) as I have no intention of running anywhere! Perish the thought!! Thanks for stopping by, Carrie x View all posts by itsjustnoteasy

One thought on “Two sides ?”